Thanks to the assistance of a mutual friend, I was able to get in touch with Jesse McClear of Heavy Water Factory – for me, at least, 2015s most surprising industrial (actually, music in general) return.

An intriguing act back in the late 90s, I was curious to see why he was returning now, and to delve a bit deeper beyond that one act.

Jesse McClear: Music has always been an outlet for my pain and loss, and I’ve had to deal with a lot of that in recent years. A recently failed marriage, Job loss, health problems… Music production, once again, is my escape. 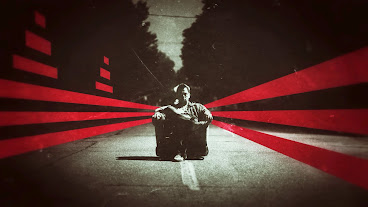 amodelofcontrol.com: What caused the original cessation of HWF? You seemed to have some rotten luck with labels (Energy and Off-Beat).

Jesse McClear: There were a number of events that put the project on hold. I first came down with a case of chronic fatigue after the Author of Pain tour. Then the label(s) went under… I eventually went back to some of my other creative abilities (i.e. graphic design, video production, motion graphics.) And I stayed there for a while. My life had changed dramatically over the years blah blah blah. Until recently, it was hard to get back into music production. I really am enjoying it though.

amodelofcontrol.com: You always seemed to have a more ghostly, (dare I say it) ethereal take on industrial than many of your peers. Was this a product of anything in particular?

Jesse McClear: I just went through a huge pads and strings phase, I think. At the time, I really liked the cinematic nature of the sound, it would put me in the mood to write instantly. Now days, I pretty much stay clear of acoustic string sounds, but I still really like soft pad sounds.

amodelofcontrol.com: Was there a concept to the project? Lots of the vocal samples you used seemed to have a quasi-religious theme to them in some way.

Jesse McClear: A lot of the music that brought me to making my own had a ton of movie samples (or whatever) in those tracks. Thrill Kill Kult, Meat Beat Manifesto, Skinny Puppy, Front Line Assembly. Actually, I was experimenting with sampling movie lines and mixing them into other artists’ music before doing for my own tracks. And I think some of the religious stuff felt familiar, not unlike the Thrill Kill Kult and Meat Beat records I owned at the time. It just worked for the genre.

amodelofcontrol.com: What were your primary influences when originally composing industrial music as HWF? Was the intention always to use more than one vocalist?

Jesse McClear: I was into a lot of different stuff at the time… Dead Can Dance, Tricky, Depeche Mode, The The, NIN. Actually, I wasn’t so much into Industrial music – I don’t know if I even considered my stuff to be all that Industrial, but that’s what everybody else called it, so I was fine with that. Anyhow, I met Scott [Hixson, World of Hurt] through a friend, and met Maria [Azevedo, Battery) from the Fluid & Meat tour. They both seemed to like my work and I asked if they would like to sing on some tracks, rest is history.

amodelofcontrol.com: I discovered HWF through imports of Alternative Press, and at the (now-much-missed) Resurrection Records store in Camden [Ed: they still survive as an online store], on the Energy Records: 1997 compilation. Were you surprised to find fans the other side of the world, or in those earlier days of internet communication, did you know?

Jesse McClear: I would receive Fan mail from all different parts of the world, hand written mail…It was definitely exciting to know people were listening to my music all over the globe, and a bit strange. 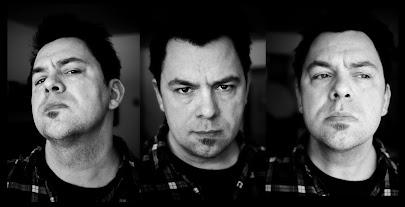 amodelofcontrol.com: Now HWF appears re-activated, is there a plan for a new album?

Jesse McClear: Yes, a new album has been in the works for about a year. We’re (Scott and I) just finishing it up with the vocal tracks now. Hoping it will be out on Spiritual Adviser, before too long.

amodelofcontrol.com: What have you learnt in the fifteen years or more since Translucent Amber, musically and otherwise? And are you still listening to industrial (and if so, who?)?

Jesse McClear: I’ve learned to let my creativity come naturally. I’m not afraid to set projects aside to do something completely different for a while. When the time is right, you know? I’ve been getting into producing some dark techno lately, I’ll have an EP coming out on LABEL shortly, under the project name MULTIPLES. Some of it influenced by artists like Black Asteroid. Also been diving into some progressive house work lately. I have a new EP out under my name Jesse James McClear, called Delay Tactics/Play It EP… that’s on Bandcamp for the moment.

The Delay Tactics/Play It EP is out now, and the Multiples EP and the new Heavy Water Factory album Spillage come later in 2015. With thanks to Jesse McClear for providing the images.